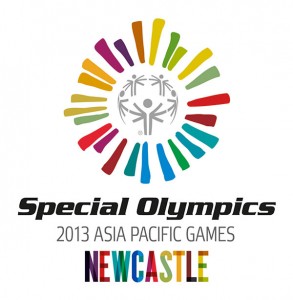 One of our biggest events last year was the Special Olympics 2013 Asia Pacific Games (SOAPG 2013), held in Newcastle in the first week of December.

The Games was one of the largest community events the Hunter region has ever seen, with 2500 athletes competing from 29 nations, 600 officials and an estimated 200,000 visitors – all adding up to an injection of more than $20 million for the local economy.

Eventeamwork was engaged by the Games team to run the volunteer program, which was sponsored by ClubsNSW. The team came up with the idea of ‘Volunteer Champions’, a program which invited local businesses to promote the games and the opportunity to volunteer.

It proved an excellent way to secure local engagement, and ClubsNSW drove a huge local campaign through over 100 clubs in the region to attract a group of 25 Volunteer Champions, including organisations that already had a strong commitment to community partnerships and that could tap into large member or volunteer bases. The Champions really got behind the Games, not only promoting the event but giving their employees time to participate.

One Champion, Hunter TAFE, won funding from State Training Services to fund a Certificate II in Tourism for up to 350 volunteers, and ClubsNSW ran the campaign to encourage volunteers to take the training.

This year, the outstanding support of ClubsNSW was acknowledged when they won the award for Outstanding Regional Initiative at the 2014 Clubs & Community Awards.
We at Eventeamwork are extremely proud to see this kind of recognition for the efforts of the local community – it was so inspiring to see so many local businesses and individuals jump on board to support the Special Olympics and make it such a successful event – not just for the region and its businesses, but for all the athletes, the spectators and the fantastic cohort of volunteers.

The ‘Volunteer Champions’ concept set a high standard for similar events and, according to Jon Chin, the Newcastle & Hunter Representative of ClubsNSW, the model is being used by organisers of other major events in the region and beyond.

About the Author: Jana Wunderlich

After working with hundreds of Nonprofits, planning and implementing small to large scale volunteer programs, consulting on volunteer management and engagement strategies, Jana created the IMPACTS methodology, which creates proven outcomes for organisations. Helping clients apply the methodology, Jana noticed that some leaders were exteremely successful, while others continued to struggle. She determined which were the key 'ingredients' leaders needed to be successful - helping leaders embody these is now the first step of the IMPACTS method. Jana's expertise has been recognised in Australia by major nonprofit organisations and events, various government agencies and through an Australian Event Award. Jana is also an international speaker and provides consulting to organisations on effective leadership to achieve effective team and community engagement. In addition to leadership coaching, she also runs training and coaching for volunteer managers.

Get our free 6-Step Checklist and start creating better results

How you manage your volunteer workforce has a big impact…